To share your memory on the wall of Cary Revere, sign in using one of the following options:

Provide comfort for the family of Cary Revere with a meaningful gesture of sympathy.

Cary was sole proprietor of “Cary Creations” and “Red Ribbon Antiques”. She was a member of
the Cape Cod Glass Club and Cape Cod Antique Dealers Association. Cary was a member of the Barnstable Yacht Club, The Beach Club, and the Osterville Garden Club. She was the class reporter for her alma mater, Western College, Oxford, Ohio and was recognized with the Alumunae Service Award in 2013.

In lieu of flowers, please feel free to make a contribution in her honor to: Friends of Barnstable Harbor, PO Box 248, Barnstable, MA 02630, as Cary spent many days of her life on the harbor
and its shores.
Read Less

Receive notifications about information and event scheduling for Cary

We encourage you to share your most beloved memories of Cary here, so that the family and other loved ones can always see it. You can upload cherished photographs, or share your favorite stories, and can even comment on those shared by others. 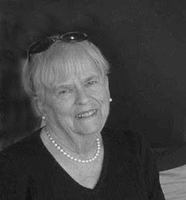