To share your memory on the wall of Gina Parlee, sign in using one of the following options:

Provide comfort for the family of Gina Parlee with a meaningful gesture of sympathy.

She was born Regina Frances Hughes on May 3, 1947 in Wrentham, Massachusetts. Gina grew up in
Wrentham and ne... Read More
(Duxbury, MA) -- Gina Parlee, 71, died February 14, 2019 at Beth Israel Hospital in Plymouth after a
brief illness.

She was born Regina Frances Hughes on May 3, 1947 in Wrentham, Massachusetts. Gina grew up in
Wrentham and nearby Attleboro, graduating from Attleboro High School in 1965.

Her experiences in high school sparked what would become a lifelong quest for knowledge that
eventually took her to Indiana State University in Terre Haute where she arrived with nothing more than
a “letter of admission, a plane ticket and a ride to the airport.”

After her sophomore year of college, she got married and moved to
Cambridge, Mass to raise her two children. In 1972, Gina moved to New
Jersey, she eventually combined her love of education and public service by helping form the “Children
of the Rainbow” alternative school, which both her children attended.

Returning to college, she majored in psychology and graduated from Rutgers University in 1975. In 1976,
she moved to Greenfield Massachusetts and in 1982 earned her masters degree in special education
from American International College while working full-time and raising her children as a single mother.
Gina epitomized what it meant to be a “strong, independent woman” long before it became a trendy
concept.
Gina worked at the Massachusetts Department of Children and Family Services from 1982 until her
retirement 2006. During her time at DCF, Gina worked on behalf and in the best interests of many
families, and drew great joy and fulfillment from being able to make a difference in so many lives.

After she retired, she did consulting work with the court system, continuing to advocate for children in
foster care. She was active in a number of volunteer endeavors, including serving on the Board of
Directors for the Girls Club of Greenfield. She was also a past treasurer of the Fairway Avenue Condo
Association of Turners Falls, Mass., where she lived for many years and was loved by all and admired for
her dedication.

Gina’s radiant and infectious smile and her dry sense of humor were legendary. She loved making people laugh and playing jokes. Her greatest joy, though, came from spending time with her grandchildren, whom she loved dearly, and her many friends. She also enjoyed traveling and making a difference in the lives of those fortunate enough to cross her path.

She leaves her children, Aaron Parlee of Cambridge, Jessica (Parlee) Cunningham and her husband Joe
and grandchildren, Will and Maria of Dallas, Texas, her sister Nancy Couming and her
husband Pete of Delaware, and two nieces, Nancy Couming and Chrissy Fontes both of Massachusetts,
and two nephews, Bobby Couming of Houston, Texas and Danny Couming, of Mass. She also
leaves many friends who will miss her dearly.

A celebration of Gina’s life will take place later this spring in Western
Massachusetts. In lieu of flowers it is requested to make a donation to the American Heart Association.


Please consider a donation in Gina's memory to the American Heart association at www2.heart.org
Read Less

Receive notifications about information and event scheduling for Gina

We encourage you to share your most beloved memories of Gina here, so that the family and other loved ones can always see it. You can upload cherished photographs, or share your favorite stories, and can even comment on those shared by others. 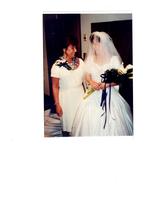 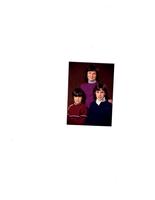 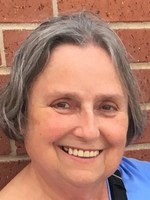 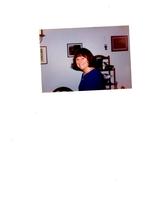