To share your memory on the wall of Kenneth Hodges, sign in using one of the following options:

Provide comfort for the family of Kenneth Hodges with a meaningful gesture of sympathy.

Services will be private.
Read Less

Receive notifications about information and event scheduling for Kenneth

You will receive any future notification messages.
No funeral details available.

We encourage you to share your most beloved memories of Kenneth here, so that the family and other loved ones can always see it. You can upload cherished photographs, or share your favorite stories, and can even comment on those shared by others.

Posted May 07, 2019 at 10:21am
Sandy, Jeffrey and Scott,
We are so sorry for your loss, Uncle Ken was a wonderful man, always smiling . I thoroughly enjoyed our talks of his past antics committed with his brothers, and the family histories. We will all miss him greatly. May you keep your happy memories of the grand times you enjoyed together always.
with love and our deepest sympathies, Cindi and Joe Carr
Comment Share
Share via: 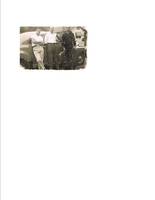